You are here: Home / 25th Anniversary / Dru Underwood: A Passion for Music is a Perfect Fit at Mobile Edge 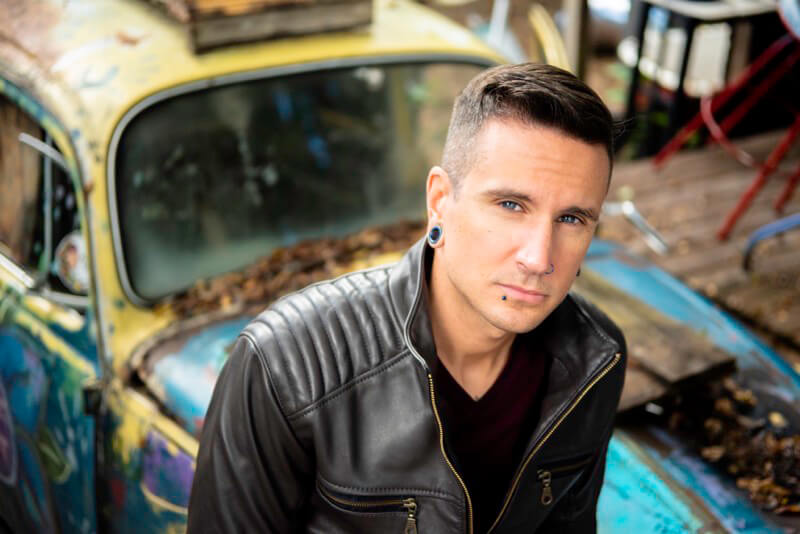 One of Dru’s many promotional pics.

I knew that Dru was a musician, but it wasn’t until he worked at Mobile Edge for more than 2 years that I realized how talented he really was.  I was able to see Dru and his band perform live and I was blown away.  I immediately knew that Mobile Edge would be looking for a new installer soon! It has been fantastic to watch Dru’s adventures in the music world since he moved on to pursue his dream.

Dru Underwood was an installer at Mobile Edge in Lehighton for almost three years. His lifelong love of music and cars combined to give him a passion for car audio. Like several Mobile Edge employees before him, Dru found himself working at a big box store while attending college. After growing tired of the company’s lack of commitment to customer service, he came knocking on the door at Mobile Edge. The rest, as they say, is car audio history.

Dru worked at a big box store as an installer, but his commitment to delivering premium customer service and expert installation didn’t align with the management team’s goals for profitability through accessory sales. Dru wanted to do things correctly and never considered taking a shortcut as an improvement. Since where he worked in Allentown wasn’t equipped to handle some of the larger or more-complex installations, Dru became aware of the capabilities of Mobile Edge in nearby Lehighton. He quickly realized that it would be his goal to work for Mitch and he made several inquiries about job openings.

Since Mobile Edge is a smaller company in terms of staffing, the timing wasn’t always right when Dru came knocking. Finally, after several attempts, there was an opening and he got his chance to work with Mitch, Bob and Lee.

Bob immediately set to work on teaching Dru the Mobile Edge way of doing things. First and foremost, every electrical wire-to-wire connection had to be soldered. No T-taps; no twisting and taping wires. Every connection would be perfect and reliable, period.

Bob continued Dru’s education with explanations of how relays, resistors and diodes worked and how to integrate premium audio system upgrades into more-complex vehicles. Bob and Dru built subwoofer enclosures, amp racks and custom door pods as he advanced his skills.

Dru learned window tinting, although he wasn’t overly fond of that task. He also did some detailing, a service Mobile Edge offered for a short time. Of course, he quickly perfected his remote car starter installation techniques. With starters as a backbone of Mobile Edge, getting those right was crucially important. Since Mobile Edge is a smaller shop, Dru also got a chance to help maintain the store with painting and renovations as required. 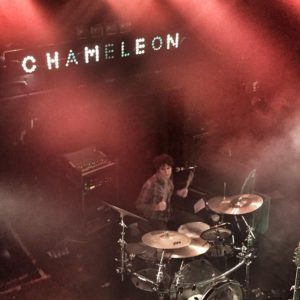 Dru Underwood on the drums at the Chameleon in Lancaster, PA.

Dru had taken business management courses in college. After almost three years at Mobile Edge, he was offered a job in the corporate world and a chance to make use of his formal education. He quickly found that it wasn’t for him, though, and left the 9-to-5 grind to pursue a career in music.

Dru was always into music, even as a child. He learned to play drums at the age of 6 and learned guitar at 12. After leaving the corporate world, he moved to Philadelphia to play music and tour the country. 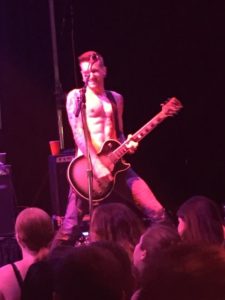 Dru is currently in a band called Mixed Signal, based out of St. Petersburg, Florida. They have an impressively extensive performance schedule (you can catch up with them through their website: www.mixedsignalmusic.com). Dru admits that he’s somewhere between “heavily focused on” and “completely obsessed” with music.

Dru loves that he was able to combine a passion for cars and music for almost three years while working at Mobile Edge. His obsessiveness about doing things the right way was a good match for Mitch’s business philosophies.

Since 1994, Mobile Edge in Lehighton has been a specialist in mobile electronics, and one of our growing categories is motorcycle audio. Our team is … END_OF_DOCUMENT_TOKEN_TO_BE_REPLACED