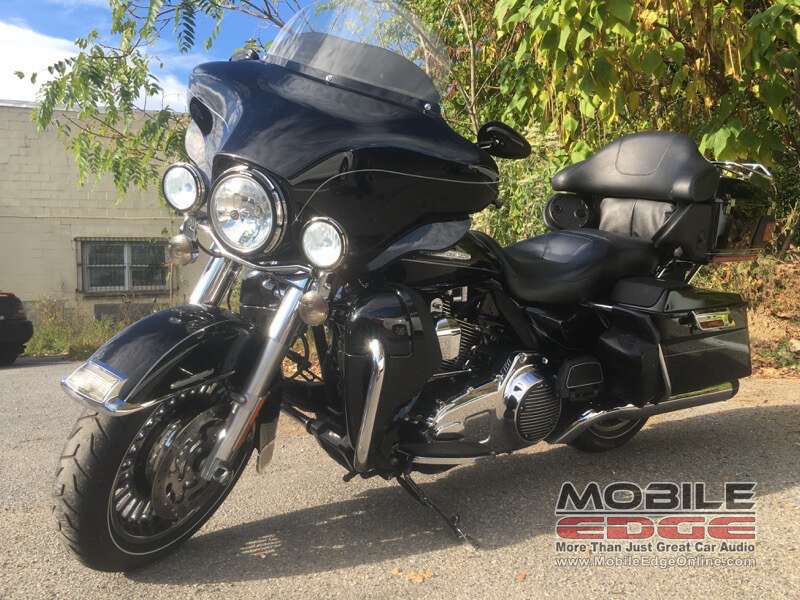 A client of ours from here in Lehighton was recently at Mobile Edge asking about upgrades to his Harley Electra Glide stereo system. We were tinting the windows on his Nissan when he realized that we did work on motorcycles in addition to cars, trucks and SUVs. He told us that he had upgraded the stereo on his Harley-Davidson twice and still wasn’t impressed with the sound. Bob suggested that he bring the bike to the store so we could check it out. 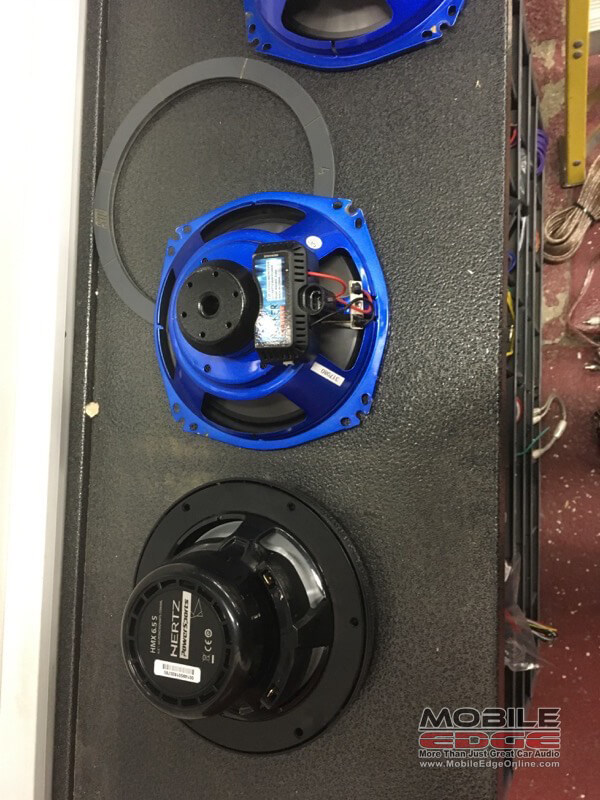 The “upgraded” speakers provided by the dealership were not much of an upgrade.

We had a listen to the stereo system, and agreed it was underwhelming. The clarity was mediocre, and it didn’t play very loud. Making the client happy was going to be an easy task.

The new Hertz speakers fit perfectly behind the factory grille.

We invited the client back to the store and let him listen to the Hertz HMX 6 S powersports speakers. These 6.5-inch weather-resistant speakers feature a coaxial design and a high-efficiency tweeter that ensures music is reproduced with clarity and detail.

The second part of the puzzle was to suggest a proper amplifier to power the new Hertz speakers. The compact Memphis Car Audio MCA2.140 provides an impressive 100 watts per channel from a package that is less than six by four inches in size. 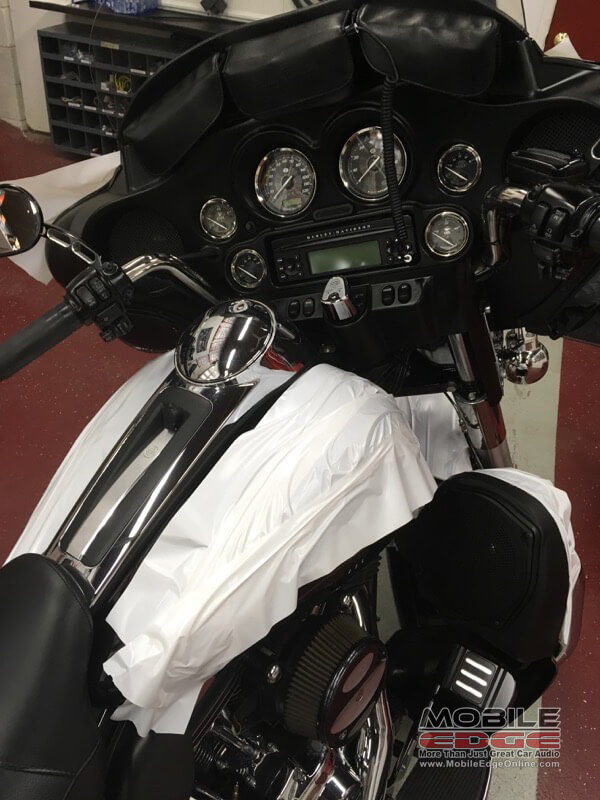 The exposed pieces of the bike we would be working around were protected before work began.

Before starting work on the bike, we protected the front fender and gas tank with plastic shipping wrap to ensure we wouldn’t scratch the paint. Once the bike was safe, the guys removed the front fairing cover and the old equipment. We created a set of ABS plastic mounting adapters for the new speakers so they would bolt into the factory speaker locations.

We made an ABS plastic mounting plate for the Memphis amp and secured it to the bottom of the Tour Pak using factory hardware locations. The Memphis amp bolts to the adapter rack.

With great speakers and a high-power amplifier, this client’s Harley Electra Glide Stereo system finally sounds the way he wants. The moral of the story? If you need an oil change or repairs go to a dealership. If you need an audio system upgrade, come to Mobile Edge in Lehighton and let our experts assist you. If you any questions about our products or services, click the button below to send us an e-mail.

Since 1994, Mobile Edge in Lehighton has been a specialist in mobile electronics, and one of our growing categories is motorcycle audio. Our team is … END_OF_DOCUMENT_TOKEN_TO_BE_REPLACED