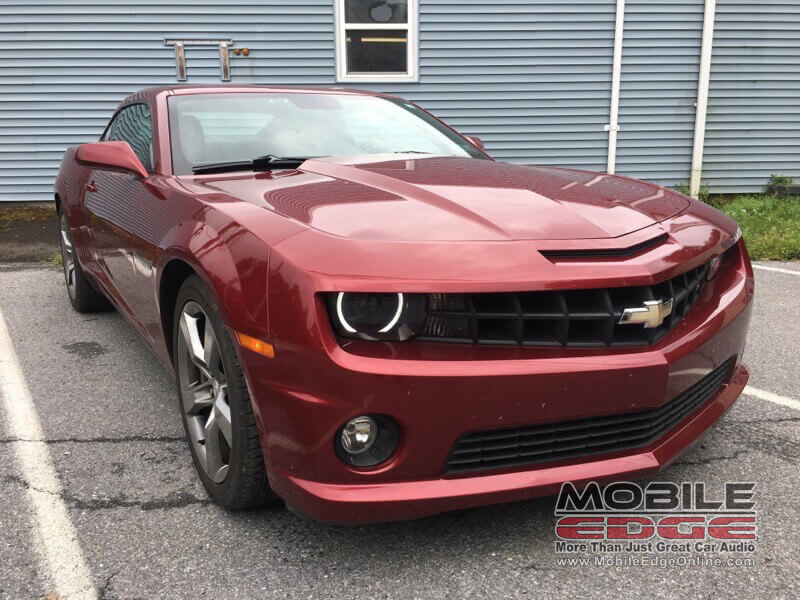 A client from Danielsville recently contacted the team at Mobile Edge to inquire about adding a backup camera to his 2010 Chevrolet Camaro. After having a look at the interior of the vehicle and talking about some options to display the image from a camera, the client decided he liked the idea of upgrading the radio to a modern multimedia receiver. We put together a nice package with a new Sony radio and a unique vehicle integration solution. 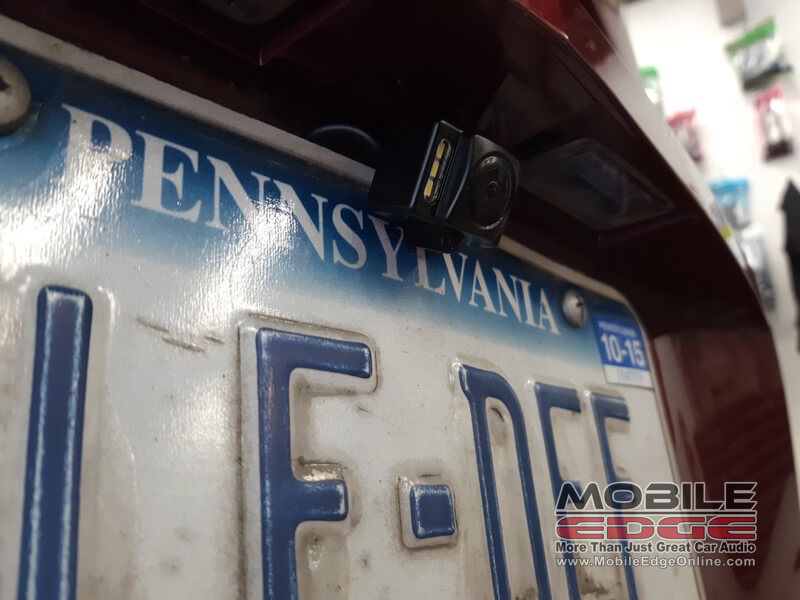 The small backup camera was mounted just above the license plate.

We started the project by mounting a Momento MR-C300 backup camera just above the license plate on the rear of the Camaro. The bracket positions the camera at an angle so that it has a clear view of everything behind the car to make parking and maneuvering safer. 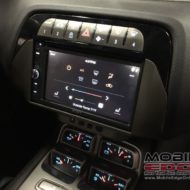 The Maestro interface allows for HVAC controls through the radio. 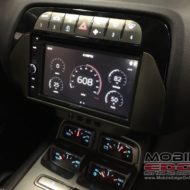 After taking some notes about the button configurations, we removed the large panel in the center of the dash that includes the factory radio and the climate controls. We prepared a Sony XAV-AX210SXM digital media receiver to install into an iDatalink KITCAM1 dash kit and wired the new radio harness into a Maestro RR radio replacement module.

The XAV-AX210SXM radio features a 6.4-inch touchscreen interface and both Apple CarPlay and Android Auto smartphone integration. These voice recognition technologies make it easy to send text messages, make phone calls or get navigation directions to the destination of your choice anywhere in North America.

The Maestro RR module communicates with the CAN data network in the vehicle so that the new Sony radio can manage the climate control settings and view vehicle information on its screen. We programmed the shortcut buttons on the new dash kit to control the driver and passenger heated seats and the front and rear window defroster. Many of the buttons are configured by default to control the HVAC blower motor speed, lock and unlock the doors and display the climate control setting screen. Another screen shows vehicle information like tire pressure, battery voltage and the status of any Check Engine light information (also called Diagnostic Trouble Codes).

The Maestro module has what they call a performance screen. This option shows the vehicle speed, engine speed, the % load on the engine, the fuel level and the intake temperature. 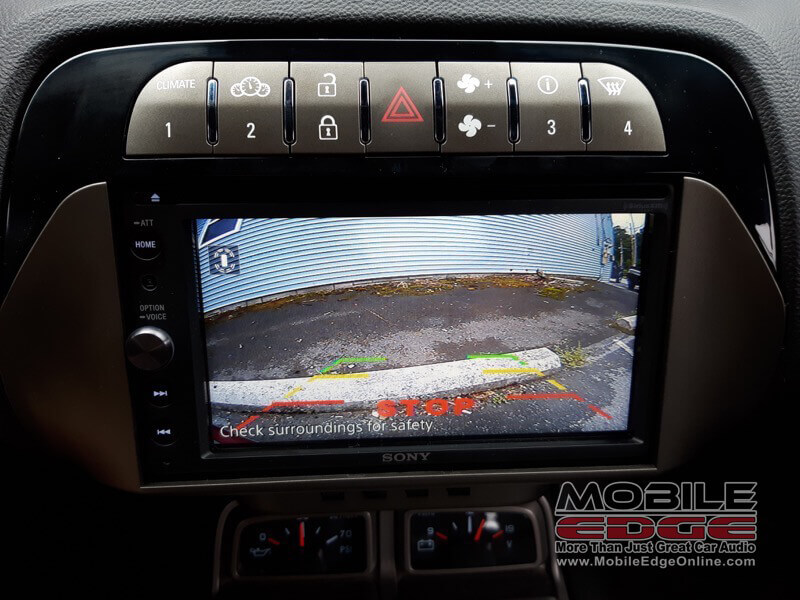 The new Sony radio gave the client a large view of his backup camera image.

When the transmission is in reverse, the backup camera image displays automatically on the screen of the radio. The client can tap an icon in the top left of the backup camera screen to display information from the front and rear parking sensors. Unlike the factory warnings, this screen lets the client know which sensor has detected an object. Pretty cool!

With the Camaro camera installed and the new radio and custom integration kit ready, the client returned to Mobile Edge in Lehighton to pick up his vehicle. We showed him how to use the new buttons and menu options on the radio and helped him connect his phone so he could use the voice recognition systems built into the radio. He was thrilled with the upgrade! If you’re interested in upgrading the safety systems or technology in your car or truck, drop by our store so we can have a look at your vehicle. Alternatively, you are welcome to give us a call or use the button below to schedule a consultation.

Since 1994, Mobile Edge in Lehighton has been a specialist in mobile electronics, and one of our growing categories is motorcycle audio. Our team is … END_OF_DOCUMENT_TOKEN_TO_BE_REPLACED