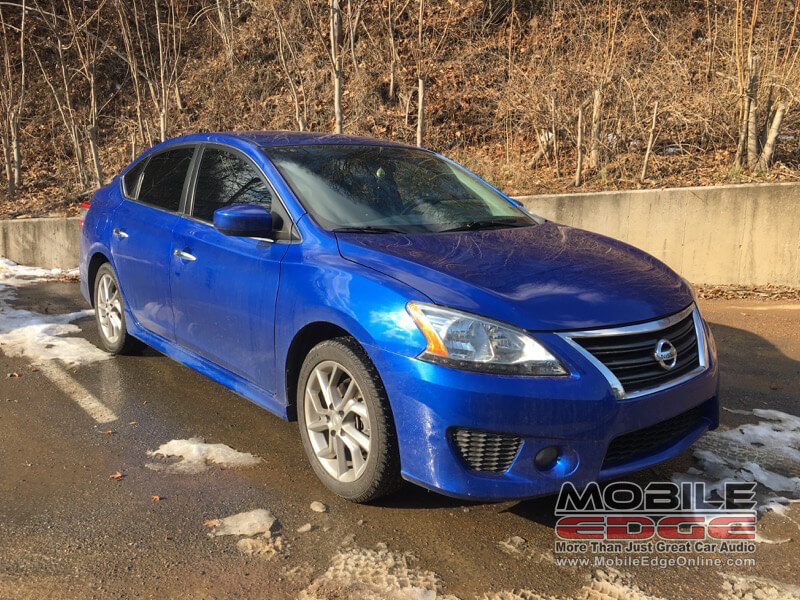 One of our clients from Tamaqua, Pennsylvania, came back to Mobile Edge for some upgrades to his wife’s 2014 Nissan Sentra. We had recently tinted the windows and installed a radio, speakers and a remote car starter in his vehicle. He liked the upgrades so much that he wanted to surprise his wife with something similar. We worked through his shopping list and provided a quote to make the Nissan Sentra upgrade plan a reality.

Now the client will have full-featured navigation at her fingertips.

A special touch was the addition of the Nissan logo to the opening screen of the Pioneer radio.

Unlike what he used for his own car, the client chose a navigation system for his wife’s vehicle. We installed a Pioneer AVIC-5200NEX multimedia receiver in the dash. The AVIC-5200NEX includes both Apple CarPlay and Android Auto for seamless smartphone integration and control. We used a Metra 95-7618G dash kit, a Metra 70-7552 wire harness adapter and a 40-NI12 antenna adapter to complete the installation. For a final addition, we uploaded a Nissan logo to the radio to make it unique.

Our technicians fabricated a plastic adapter plate for the Hertz Dieci speakers.

The rear 6×9’s really helped fill in the sound of this Sentra audio system.

The client had chosen Hertz Dieci series speakers for his car, so picking similar models for his wife’s car was a no-brainer. We installed a set of DSK165.3 components in the front doors using PVC mounting adapters we machined in-house. We used a piece of Hushmat around the mounting location to act as a gasket and damp metal vibrations in the door.

For the rear of the vehicle, we installed a pair of 6 by 9-inch Hertz DCX690.3 three-way speakers in the factory locations in the rear deck. The large cone area of the 6×9 helps to produce impressive bass response to give the system a nice warm sound. 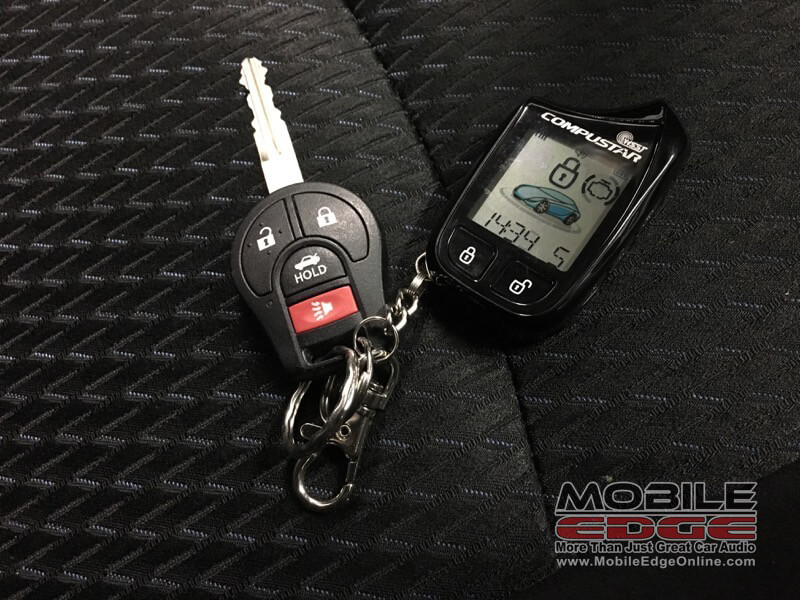 The Compustar system provides a mile of usable range!

The client wanted the same remote starter in his wife’s Sentra as we had installed in his car. We based the system on a Compustar 7200S control module and added an Alarm It Kit that includes a siren, 3-in-1 security sensor and starter-kill circuit. The client chose the 2W901SS remote kit. The Prime 901 remote includes an LCD screen and two-way communication with up to 1 mile of range. We call this 10x power range. 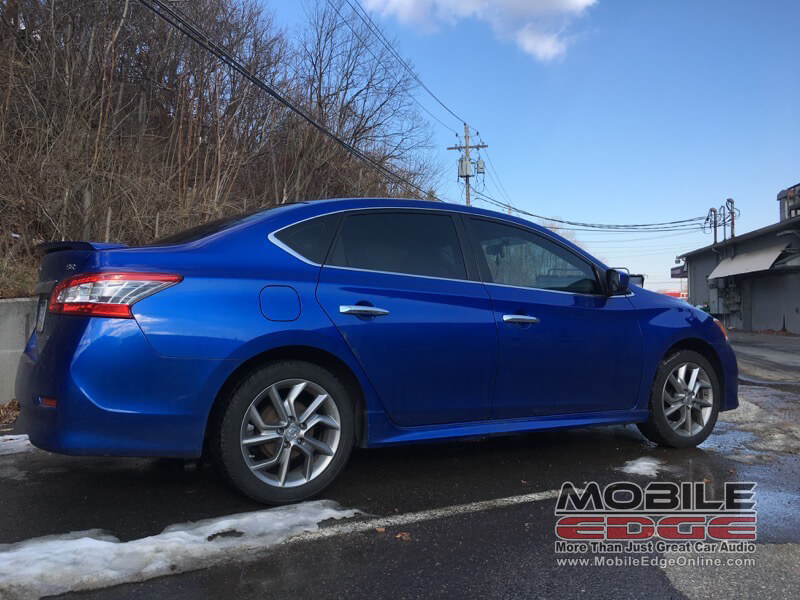 The 3M tint not only helps protect the interior of the car, it also looks great!

To finish off the project, we applied 3M Color Stable tint on the side and rear windows. We used 35% film on the driver and passenger windows and 20% on the rear doors and rear window. 3M offers a nationwide five-year warranty on the tint.

The client returned to pick up his wife’s car and check out the upgrades we had completed. He loved the new radio and window tint, and looked forward to surprising his wife with the upgrades.

If you are interested in upgrading your vehicle, then bring it to Mobile Edge in Lehighton, PA. You can e-mail us here to schedule an appointment.

Since 1994, Mobile Edge in Lehighton has been a specialist in mobile electronics, and one of our growing categories is motorcycle audio. Our team is … END_OF_DOCUMENT_TOKEN_TO_BE_REPLACED